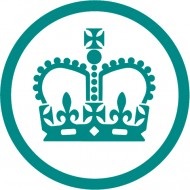 HMRC this week announced its intention to tighten the rules around company tax avoidance. If suspected of ‘borderline’ tax avoidance, offending companies will be elevated to what HMRC terms ‘special measures’. This Ofsted-inspired regime is set to expose affected companies to ‘greater scrutiny’. This may equate to greater scrutiny when HMRC reviews the offender’s company tax return or through the use of a tax inspection powers.

The Government is thought to be appeasing the public who has expressed its concern at the number of large businesses offshoring profits away from the taxman. Notable examples include Google, Amazon and Starbucks who have all adopted such practices in recent years.

HMRC is set for a special consultation with the Government in coming weeks. This consultation will formulate the details of a plan set out in the recent summer budget. HMRC invites businesses to join the conversation and ‘have their say’.

The aim of the proposals is to strengthen compliance rules around how Britain’s largest businesses pay their tax. This is expected to discourage large businesses from adopting what HMRC considers to be ‘aggressive tax planning arrangements’.

The proposals are to be written up in the Finance Bill 2016.

The proposals are to include a voluntary ‘Code of Practice’ that large businesses are expected to abide by. This Code is set to force large businesses to explain their tax decisions to HMRC, particularly in circumstances properly considered as ‘grey areas’.

The Code is thought to be similar in nature to the Bank Code of Practice. Many experts fear the ‘Code of Practice’ may allow HMRC the ability to draw adverse inferences when the Code is ignored by businesses.

Some experts believe the proposals give HMRC too much power. Dan Neidle, tax partner at law firm Clifford Chance said: "It would require companies to approach HMRC about any uncertainties, and HMRC would then decide what Parliament would have intended under the law. The business would be bound by that decision."

"The problem is that UK tax law is such a mess that it is impossible to say what Parliament did or did not intend. "

“So, in the end, you are taking a great deal of power and giving it to HMRC officials. You are no longer taxed from law, but on the basis of an official who is in no doubt subject to their own pressure to increase yields.

"The fear is HMRC will slow you down and do whatever lines their own coffers. You can’t start having a debate with HMRC over the spirit of what is intended when you are doing a deal and need to move quickly."

HMRC has circulated an email amongst Britain’s largest businesses explaining the proposals.

To: [tax director at large corporate]

Please see the message below which is being circulated to all of our Large Business customers:

You may have seen that the Chancellor announced plans in his Summer Budget to increase large business tax compliance.

HMRC will lead a formal consultation on the detail of the new measures, which comprise:

These new measures do not represent a fundamental shift for HMRC, but rather a strengthening of our existing strategy. They are specifically designed to discourage large businesses from pursuing aggressive tax planning arrangements, and to provide additional sanctions against the small minority of large businesses that persist in unacceptable behaviours.

The consultation document was published on Gov.uk on 20th July 2015. We welcome questions and contributions from business.