Who Gets What When a Company Goes Bust? 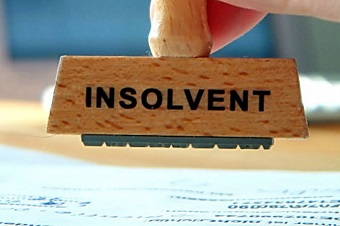 If you are owed money by a customer who’s gone out of business you may wish to learn your rights regarding repayment. The law in this area is governed by section 328 of the Insolvency Act 1986 setting out an ‘order of priority for creditors’. This creates a pecking order in terms of who gets paid first and who gets paid last (if at all).

In this post we assume the company owing you money is beyond salvage. We thus do not deal with the issue of administration.

Here’s how things may pan out.

Limited companies that have ‘gone bust’ enter a process known as ‘liquidation’. This is not to be confused with ‘bankruptcy’, the latter applying only to individuals and not incorporated bodies. During the liquidation process the ‘liquidator’ realises the company’s assets. This is commonly accomplished by auctioning off assets such as vehicles and buildings. Once assets are converted into cash the appointed liquidator then distributes assets according to creditors’ ‘priority of claims’ set out in the Insolvency Act 1986.

An order of priority

Under the Insolvency Act 1986 the first creditors to be paid are ‘preferential creditors’. This typically means unpaid employees’ wages, outstanding holiday pay and pension contributions. The Insolvency Act 1986 places limits on the amount of money each employee is entitled to, currently capped at £800 per employee.

The next creditors to be paid are those holding a charge over the company’s property. This could be a floating or fixed charge. Charges must be registered in accordance with the Companies Act 2006. Fixed charges are held over assets such as land and/or machinery. Floating charges are held over assets that change in quantity over time e.g. stock and/or cash. Floating charges become fixed (or ‘freeze’) on the event of liquidation. Fixed and floating charge beneficiaries are commonly banks who received their charge in the terms of a loan or mortgage. Charges are typically held over ‘fixed assets’ such as land or machinery. The charge owner is given the right to seize assets the charge applies to and then liquidate the asset into cash.

The next creditors to be paid are unsecure creditors. This is likely to include the company’s suppliers known as ‘trade creditors’. Also any amount due to HMRC in unpaid tax must be paid. Often unsecure creditors do not receive anything at all because all cash has been depleted in repaying higher priority creditors.

The last creditor to get paid is the company’s shareholders. Shareholders typically do not receive any money because all the proceeds of liquidation have been paid out to creditors higher in priority.

If you require assistance with your business’s financial affairs call The Financial Management Centre on 0800 470 4820. Click here to find your nearest office or complete the enquiry form.