Are You Ready for the New National Living Wage? 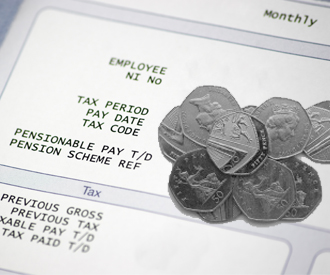 As of 1st April 2016, workers aged 25 and over will be legally entitled to the new National Living Wage (NLW) of £7.20 per hour; a fifty pence increase on the existing National Minimum Wage (NMW) of £6.70 per hour.

The current National Minimum Wage rates will still apply to workers not affected.

This 7.5% increase is the largest since 2004 and for someone working a 35 hour week this amounts to an annual increase of £910 in their wages. The Government is aiming to set the rate at over £9 per hour by 2020.

This is obviously good news for a large number of people with over 2.5 million expected to benefit as a direct result of NLW and millions more expected to benefit indirectly if employers decide to maintain existing pay differentials. It means significantly more costs for employers with the Regulatory Policy Committee estimating increased wages and staff costs of between £800m and £1bn.

Despite the fact that April is fast approaching, government studies show that many employers are unaware of the changes ahead and are struggling to prepare for the introduction of NLW.

Workers who are entitled to NLW include:

So what does the National Living Wage mean for employers? Early planning will be key in ensuring a smooth transition, so a few simple preparatory steps will help ensure that everyone is ready when it is implemented.

The importance of thorough preparation prior to the implementation of NLW cannot be underestimated. A new team of compliance officers within HMRC will investigate the most serious offenders. The penalty for non-payment will be 200% of the amount owed unless the arrears are paid within 14 days in which case it will be 100%. The maximum fine will remain at the current level of £20,000 per worker with anyone found guilty also at risk of being disqualified from being a company director for up to 15 years.