What Affect Is Brexit Having On The Exchange Markets? 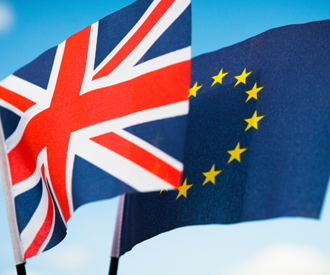 A short message from our partners, Moneycorp, on the current volatility in the exchange markets caused by the uncertainty of the UK EU Referendum.

With the 23 June EU Referendum fast approaching, several polls have come out in the past ten days showing the Remain camp with a good lead over the Leave camp.

The pound started last week on the defensive. An opinion poll in the Daily Telegraph showed a narrowing of the advantage of Remain over Leave, but it was put to flight later in the day by another poll, this time in The Guardian, that put the Brexiteers four points ahead of the Remainists with a 48%-52% split. The unexpected result shattered the casual confidence of investors who had come to believe a vote to remain within the EU was in the bag. It seems that the poles are still too close to call.

This is quite an opportune time to sell GBP if needed and it may be the last opportunity to Sell EUR or USD at these levels as if the polls are confirmed by the vote, GBP will continue strengthening. Many exporters are looking at forward cover in preparation for the result.

The key message is that this uncertainty is causing volatility in the markets so we are urging customers to consider hedging at least some of their requirements to protect budgeted levels.