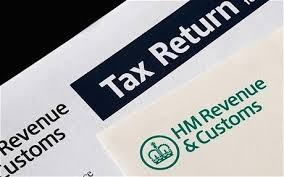 Traditionally taxpayers failing to file their tax return on time are subject to a £100 fine.

However HMRC has confirmed individuals capable of supplying a ‘reasonable excuse’ for lateness are no longer subject to a fine.

In 2014 over 800,000 people received a tax return late submission penalty. This rise in late fees was largely due to rules requiring parents earning between £50,000 and £60,000 a year and claiming child benefit to submit a tax return.

HMRC claims it does not want to make honest taxpayers feel they are committing some sort of offence due to late submission. HMRC aims to focus its efforts on 'serious cases' of tax evasion instead.

If you have not submitted your tax return by 31st January then make sure you get your story straight! The ‘reasonable excuse’ threshold is easy to meet.

HMRC even lists examples of what constitutes a reasonable excuse on its website.

You still need an excuse

You submit your excuse with your appeal. If you do not appeal you must still pay the £100 fine. HMRC stresses excuses are only accepted if the tax return is late by a ‘day or two’.

HMRC is expected to announce higher interest charges due on tax now due. What HMRC gives with one hand it is likely to take away with the other!

Why early submission is recommended