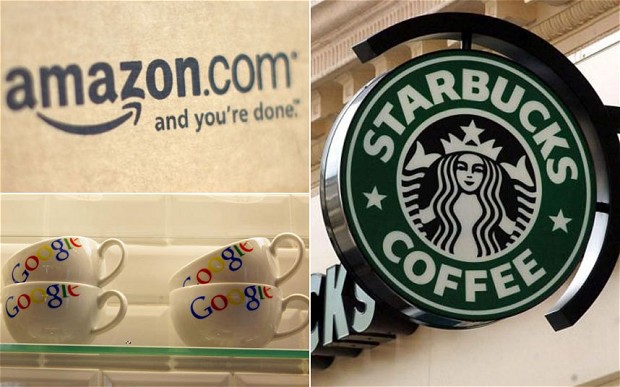 LONDON (Management Today) Companies criticised for paying minimal corporation tax in the UK, such as Starbucks and Google, face a hearing before a parliamentary select committee.

Senior executives for Starbucks, Google UK and Amazon will be questioned by MPs later today over their tax strategies, which have allowed all three companies to pay little or no corporation tax in the UK in recent years. The hearing is expected to kick off a wider policy debate about the ways in which large corporates take advantage of tax loopholes to avoid paying the headline rate of corporation tax.

The former City minister, Lord Myners, attacked such practices over the weekend, saying that the companies are ‘leeching’ tax from the UK by offshoring profits. He added that HMRC should look into furthering taxes on sales to ensure that more tax revenue can be raised from companies exploiting loopholes. Many companies were ‘ensuring they made no profits’ by paying royalties to their offshore outposts and using clever accounting instruments, he said. Companies only pay corporation tax on their profits so sophisticated accounting and company structuring methods can help firms to report zero net profits on their UK operations. Nonetheless, said Myners, most of these companies, when asked, say that they pay all the tax they legally owe under the tax system.

As an example, Starbucks coffee chain has sales of £398m in its most recent financial year but because it was able to report a loss of £32.9m, it paid no corporation tax at all for the year. In fact, Starbucks, Google, Facebook and Amazon have collectively enjoyed sales of around £3.1bn in the past three years, but have paid a total of £30m corporation tax between them. For a visualisation of the tax games that these companies are playing, see MT’s graphical breakdown of the figures. Myners told the Sunday Telegraph over the weekend: ‘Corporation tax for an MNC (multinational company) operating in the UK is close to being a voluntary payment. The problem is that the tax environment many MNCs are interested in is a zero tax environment.
Meanwhile, attention is shifting towards foreign-owned utility companies such as Thames Water for their record on tax, and also on investment. It emerged over the weekend that Thames did not pay any corporation tax in the 2012 financial year because of tax deferrals that were granted in return for agreeing to invest £5bn in infrastructure between 2010-2012. Some critics point to the fact that Thames is soon to benefit from a government guarantee on borrowing for building a new £4bn giant sewage tunnel under London, but could have saved the money itself if no dividend had been paid for the last 10 years.
Thames Water said: ‘Intensive capital programmes like ours require finance, and interest paid is tax-deductible, as it is for all businesses according to HMRC rules. Our financing arrangements and structure are typical of a company of our size and complexity.’ This is unlikely to assuage the anger of consumers and taxpayers, whose bills keep on rising despite favours like state guarantees on infrastructure investment.

MT will keep you posted on the outcome of the parliamentary hearing…and if the utilities companies come under more fire.
For further information, please click here